My interview with Elle Kennedy, author of The Off Campus Saga and many other series 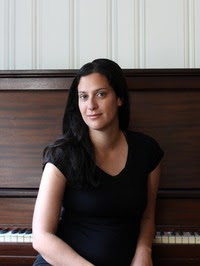 Hi Elle. First of all , I'd like to thank you for accepting to answer a few of my questions. It's such a great honor. So for the few French readers who wouldn't know you, can you introduce yourself.

Well hi! I'm Elle Kennedy, the author of the Off-Campus series. I’m Canadian, but my grandmother was from France, so I’m technically a quarter French!

When did you start writing and why?

I’ve wanted to be a writer since I was six years old! I started writing short stories when I was younger, and the stories got longer as I got older. By the time I was in my mid-20's, I had already sold my first book.

When you started did you publish your books as an independant author or did you work with a publishing house?

I started with publishers (Harlequin, Samhain, and NAL). In 2015, I self-published the Off-Campus series.

How many book series did you write?

I’ve written several series! Killer Instincts, Off-Campus, Out of Uniform and Outlaws, to name a few. I've also written quite a few solo titles, as well as a handful of books with other authors!

As an author, have you got a ritual when you need to write a new book?

Not so much for each book, but for writing as a whole – I require silence. I can't even listen to music in the background.

Is it harder to write a standalone or a book series?

I think writing a series is harder than a standalone. It means I need to keep track of all sorts of details, as well as know all the characters inside out because eventually some of them will get their own stories. But once the "universe" the story takes place in is created, it carries on from book to book.

Are you present on social networks? Is it important for you to interact with your readers? Have you got a "private" group on Facebook with the fans of your books?

I'm on some social networks – Facebook and Twitter mostly, though I do have a rarely used Instagram. I'd say interacting with my fans is less "important" and more "fun" - I really enjoy talking with my readers! I can frequently be found hanging out in my Facebook group Everything Elle Kennedy.

Now let's talk about The Off Campus Saga. The Goal has been published on January 12th by Hugo New Romance. I think we can say we are in love with all those characters. When did you start writing this series? Why did you choose the university and the hockey world as a background for your stories?

I actually started The Deal in 2014 as a "just-for-fun" book I wrote for myself. Being Canadian, hockey is a way of life, so I incorporated that and a college setting and next thing you know the Briar boys were created! I ended up publishing The Deal after much prompting from friends.

For the american editions , a new version has been provided . Which ones did you prefer? The Abs version or the girls' version? In general do you have your word to say concerning the covers of your books especially for the foreign versions ?
(I will put the pics)

So admittedly I like both covers. The North American (NA) versions started off as Abs (and the eBooks still have the Abs covers), but when they were published in Denmark, they changed the covers to what the North American print ones are now. When I saw the Danish covers I fell in love – they're much more friendly for people who want to read them while out, and don't scream "romance novel". For any non-North American published books, the cover is at the discretion of the publisher, but usually they’ll send me a sneak peek for approval or to discuss the concept.

Can we talk about the spin off ? When can we expect to be able to read it? Is it about the "young generation" ( Hunter, Brody , Fitz for example) at Briar?

LOL! I get asked about the spin-off a LOT. Unfortunately, right now I'm keeping it a secret, so you'll have to wait and see…

Did you write any extra scenes for the Off Campus series?

I actually did some extra scenes for The Score, which were sent out exclusively to members of my newsletter. Some of those scenes were later used in The Goal.

Will French readers be able to discover your other books series in France?

The Outlaws series will be coming to France, as well as my co-written series The Royals (Erin Watt). Hopefully my other titles will be available too in the future. As long as you guys keep asking for them, there's a good chance you'll get them!

Thank you so much. A last word to your French readers?

Just a HUGE thank you for all your support! I've received so many emails and messages from my French fans and you guys are truly amazing!!