Top Shelf Romance is bringing you the best modern classics of romance in Collection #7,

Keep My Heart will be releasing on September 8th!


Every mood has its book.⁣ When you crave something exceptional, exciting and enchanting, Top Shelf Romance promises this and more.⁣

Blurb: Tori… For the record, I’m not going to hook up with my boss. I'm a lot of things—a screwup, a basket case, a flunky. But when I take a nanny job to be near my pregnant sister, I swear to myself I’ll walk the straight and narrow, which means I cannot fall for my insanely hot boss. I don't want to be tempted by that rugged rancher. By his chiseled muscles or southern charm or the way he snuggles his kids at bedtime. Ethan Carter won't get the key to my heart, no matter how much I want him. Ethan… Between us, she's the last thing I need as I finalize my hellish divorce. What sane man trying to rebuild his life wants a hot nanny with long, sexy hair, curves for miles, and a smart mouth? A perfectly kissable, pouty mouth that I shouldn't notice. My focus is on my kids and my ranch, not the insufferable siren who sleeps in the room next to mine. It doesn't matter that she wins over my kids in a heartbeat or runs my life better than I do. Tori Duran is the one woman I can't have and shouldn't want, no matter how much I crave her. RECKLESS is a standalone companion novel in the
Texas Nights series.

About the Author: Lex Martin is the USA Today bestselling author of the Texas Nights series (Reckless/Shameless) and the Dearest series. She writes contemporary romances, the sexy kind with lotsa angst, a whole lotta kissing, and the hot happily ever afters. A former high school English teacher and freelance journalist, she’s lived all over the country but currently resides in her hometown of San Antonio with her husband and twin daughters. To find out more about her upcoming projects, visit lexmartinwrites.com. To get an email alert when she releases a new book, paste this into your browser: http://bit.ly/2DrPcUi

At first, my neighbor Deacon frustrated me.

Sure, he was great-looking and friendly.

But our walls were thin, and on occasion, he’d bring women to his place and keep me awake while he “entertained” them.

As a single mother to an infant, I didn’t appreciate it.

So, finally it was my turn.

When my daughter wouldn’t stop wailing one night, Mr. Manwhore came knocking on my door.

Miraculously, at the sound of his voice, Sunny stopped crying. And when he held her…she eventually fell asleep in his arms.

Deacon was rough on the exterior, but apparently on the inside? Mr. Single-and-Ready-to-Mingle was a baby whisperer.

After that night, we became friends.

But over time, our conversations ran deeper. We got closer.

Until one night we crossed the line.

Our friendship turned into a complicated mess.

I’d gone and fallen for a guy who’d sworn off commitment and kids.

I knew Deacon was starting to care for me too, even though Sunny and I didn’t fit into any plan he’d ever imagined for himself.

He was wrong for me—so wrong that I’d dubbed him the “anti-boyfriend.”

Then why did I wish more than anything that I could be the one woman to change him?

She grew up in Boston with five older brothers and spent most of her twenties as a television news anchor. Penelope resides in Rhode Island with her husband, son, and beautiful daughter with autism.

With over two million books sold, she is a 21-time New York Times bestseller and the author of over twenty novels. Her books have been translated into over a dozen languages and can be found in bookstores around the world. 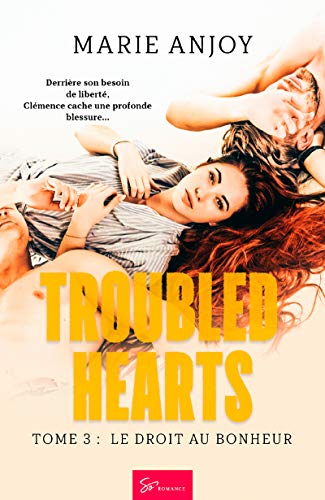 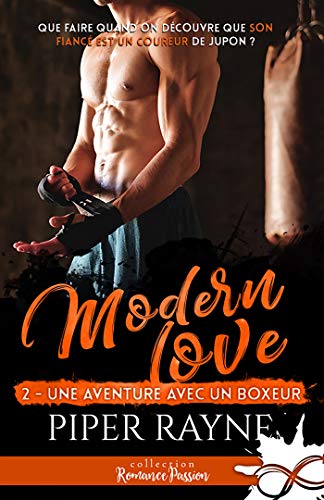 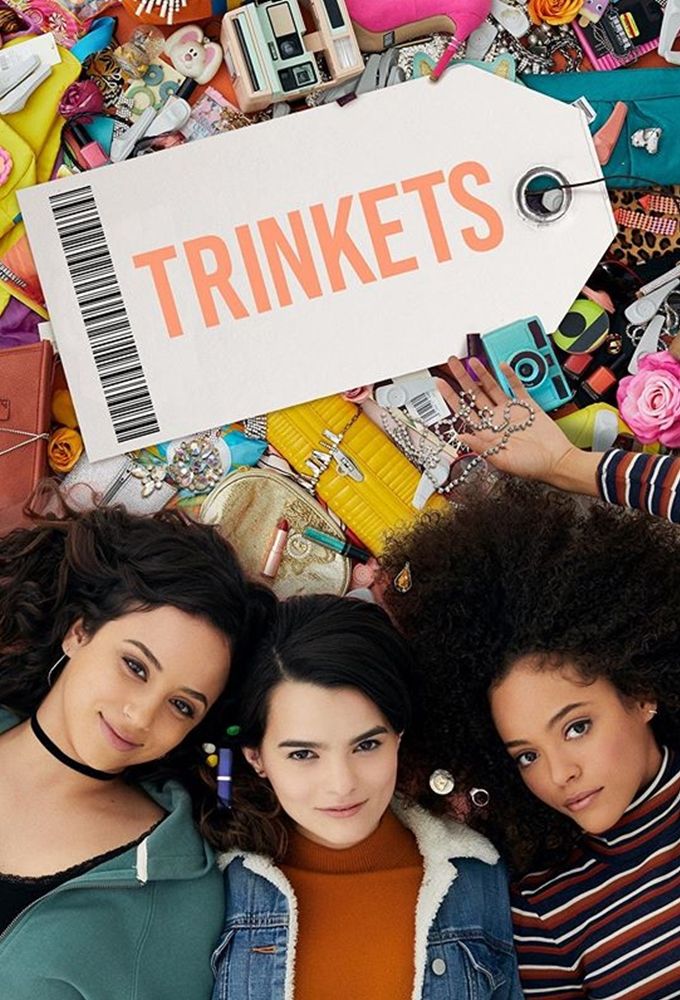 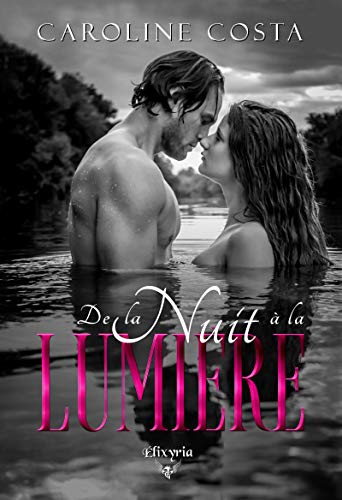 Playing With Fire, an all-new emotional and raw small town standalone romance from USA Today bestselling author L.J. Shen is coming September 15th and we have the stunning cover!

About L.J. Shen L.J. Shen is a USA Today, Washington Post and Amazon #1 best-selling author of contemporary, New Adult and YA romance. Her books have been sold to twenty different countries.
She lives in California with her husband, son, cat and eccentric fashion choices, and enjoys good wine, bad reality TV shows and catching sun rays with her bgibglazy ca

Pre-order your copy today on Amazon!

Prescott Lane is the USA TODAY best-selling author of ALL MY LIFE. She's written several other romance books with strong heroines and swoon-worthy heroes. She is originally from Little Rock, Arkansas, and holds a degree in sociology and an MSW from Tulane University. She married her college sweetheart, and they currently live in New Orleans with their two children and two crazy dogs. Prescott started writing at the age of five, and sold her first story about a talking turtle to her father for a quarter. She later turned to writing romance novels because there aren't enough happily ever afters in real life. 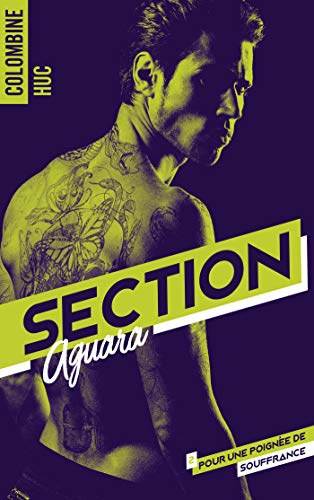 My Fallen Saint, an all-new sensual and enthralling contemporary romance from New York Times bestselling author J. Kenner is releasing September 15th, and we have the first sneak peek!

CHAPTER ONE
The wind stings my face and the glare from the afternoon sun obscures my vision as I fly down the long stretch of Sunset Canyon Road at well over a hundred miles per hour.
My heart pounds and my palms are sweaty, but not because of my speed. On the contrary, this is what I need. The rush. The thrill. I crave it like a junkie, and it affects me like a toddler on a sugar high.
Honestly, it’s taking every ounce of my willpower not to put my 1965 Shelby Cobra through her paces and kick her powerful engine up even more.
I can’t, though. Not today. Not here.
Not when I’m back, and certainly not when my homecoming has roused a swarm of butterflies in my stomach. When every curve in this road brings back memories that have tears clogging my throat and my bowels rumbling with nerves.
Dammit.
I pound down the clutch, then slam my foot onto the brake, shifting into neutral as I simultaneously yank the wheel sharply to the left. The tires squeal in protest as I make a U-turn across the oncoming lane, the car’s ass fishtailing before skidding to a stop in the turnout. I’m breathing hard, and honestly, I think Shelby is, too. She’s more than a car to me; she’s a lifelong best friend, and I don’t usually fuck with her like this.
Now, though…
Well, now she’s dangerously close to the cliff’s edge, her entire passenger side resting parallel to a void that boasts a view of the distant coastline. Not to mention a seriously stunning glimpse of the small downtown below.
I ratchet up the emergency brake as my heartbeat pounds in my throat. And only when I’m certain we won’t go skidding down the side of the cliff do I kill Shelby’s engine, wipe my sweaty palms on my jeans, and let my body relax.
Well, hello to you, too, Laguna Cortez.
With a sigh, I take off my ball cap, allowing my dark curls to bounce free around my face and graze my shoulders.
“Get a grip, Ellie,” I murmur, then suck in a deep breath. Not so much for courage—I’m not afraid of this town—but for fortitude. Because Laguna Cortez beat me down before, and it’s going to take all of my strength to walk those streets again.
One more breath, and then I step out of the car. I walk to the edge of the turnout. There’s no barrier, and loose dirt and small stones clatter down the hill as I balance on the very edge.
Below me, jagged rocks protrude from the canyon walls. Further down, the harsh angles smooth to gentle slopes with homes of all shapes and sizes nestled among the rocks and scrubby plants. The tiled roofs follow the tightly winding road that leads down to the Arts District. Tucked neatly in the valley formed by a U of hills and canyons, the area opens onto the town’s largest beach and draws a steady stream of tourists and locals.
As far as the public is concerned, Laguna Cortez is one of the gems of the Pacific Coast. A laid-back town with just under sixty-thousand people and miles of sandy and rocky beaches.
Most people would give their right arm to live here.
As far as I’m concerned, it’s hell.
It’s the place where I lost my heart and my virginity. Not to mention everybody close to me. My parents. My uncle.
And Alex.
The boy I’d loved. The man who broke me.
Not a single one of them is here anymore. My family, all dead. And Alex, long gone.
I ran, too, desperate to escape the weight of my losses and the sting of betrayal. I swore to myself that I’d never return.
As far as I was concerned, nothing would get me back.
But now it’s ten years later, and here am I again, drawn back down to hell by the ghosts of my past.

Synopsis
Charismatic. Confident. Powerful. Controlling.
A brilliant investor with a Midas touch, Devlin Saint turned a modest inherited fortune into billions, and now operates one of the world’s foremost international philanthropic organizations. He’s a man determined to help the underprivileged, to fight injustice, and to make the world a better place. And that, at least is true.
It’s not, however, the full truth.
Because Devlin Saint is a man with a dangerous secret. One he’ll do whatever it takes to protect. And when investigative reporter Ellie Holmes turns her attention to an unsolved murder, she finds herself caught in a web of intrigue and passion as Devlin draws her closer and closer. But as the intensity and sensuality of their relationship grows, so do Ellie’s suspicions. Until she is no longer certain if the heat between her and Devlin is real, or only a facade he constructed to hide his dark and twisted secrets.

Kenner (aka Julie Kenner) is the New York Times, USA Today, Publishers Weekly, Wall Street Journal and #1 International bestselling author of over one hundred novels, novellas and short stories in a variety of genres.
Though known primarily for her award-winning and international bestselling erotic romances (including the Stark and Most Wanted series) that have reached as high as #2 on the New York Times bestseller list, JK has been writing full time for over a decade in a variety of genres including paranormal and contemporary romance, “chicklit” suspense, urban fantasy,  and paranormal mommy lit.
JK has been praised by Publishers Weekly as an author with a “flair for dialogue and eccentric characterizations” and by RT Bookclub for having “cornered the market on sinfully attractive, dominant antiheroes and the women who swoon for them.” A six time finalist for Romance Writers of America’s prestigious RITA award, JK took home the first RITA trophy awarded in the category of erotic romance in 2014 for her novel, Claim Me (book 2 of her Stark Trilogy) and in 2017 for Wicked Dirty in the same category. Her Demon Hunting Soccer Mom series (as Julie Kenner) is currently in development as a television show.
Her books have sold over three million copies and are published in over twenty languages.
In her previous career as an attorney, JK worked as a clerk on the Fifth Circuit Court of Appeals, and practiced primarily civil, entertainment and First Amendment litigation in Los Angeles and Irvine, California, as well as in Austin, Texas.  She currently lives in Central Texas, with her husband, two daughters, and two rather spastic cats.