A damaged cowboy full of pride must find a way to be the man his childhood sweetheart's always needed, or come to terms with losing her forever.

Follow the release and enter to #win one of five copies of the first California Cowboys book, Cade’s Loss

She's waited a lifetime. Can she stop him from wasting one?
Vaughn Jenkins is the youngest in a long line of proud men. But he was only seventeen when his parents were killed during a storm on a California highway. Seven years later, another stormy night nearly took Vaughn's life. Now he's half a leg lighter, full of shame and doubt, and taking it out on everyone around him, even the woman he's loved most of his life.

T.J. Brisco is the girl next door. She and Vaughn grew up together, inseparable friends, then high school sweethearts. But when tragedy strikes, Vaughn retreats, and this time is no different. She's determined to help him recover from his devastating amputation, but Vaughn's not going to make it easy. When his anger becomes too much for T.J.'s shattered heart, she decides their story is over for good.

Now Vaughn is faced with the rest of his life—as an amputee, as a brother, as a man—and as T.J. moves on, Vaughn falls farther and farther behind. Can he learn to run fast enough to catch up to the only woman he'll ever love? Or will his pride stand in their way forever? 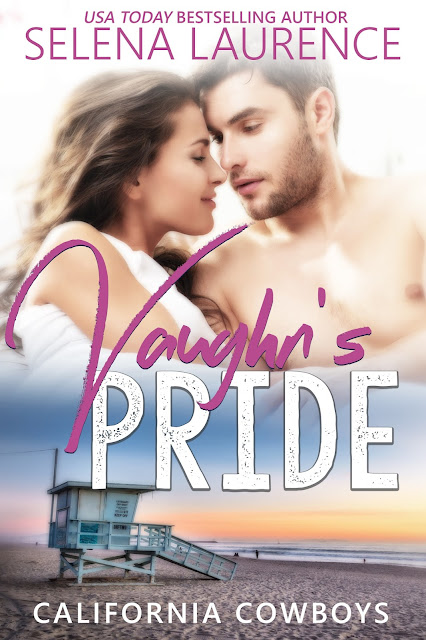 He waved over his head and kept moving, looking down to make sure his leg didn’t get caught on anything in the crowded space. While the trajectory of his leg could be controlled well because he had an intact knee joint, he couldn’t feel if anything below his knee got knocked or caught when he was in close quarters. It made the navigating somewhat more difficult, and since he preferred not to fall on his ass in front of half the town, he kept his gaze down.

Which was why he knocked right into something, eliciting a squeak that jolted him out of his hyperfocused state. His hands shot out in reflex, and he caught whatever—whoever—it was as they stumbled. The other person’s weight pulled him off-balance, and he was forced to take another step, planting his good leg to keep upright. The extra step meant that his victim was now virtually under him, bent back in a slight dip as he held what was definitely a her.

His gaze moved up from a set of perfect breasts snug in stretchy azure fabric with a deep V in the front, and on to a neck that was smooth and slim. And then he reached the face, that face, the face that haunted him day in and day out, even when he wanted nothing more than to be free of it.

“Sorry,” he murmured as they stayed frozen in their embrace, T.J.’s big brown eyes blinking at him. But then his gaze dropped, against his will, to her breasts again, and he jerked both him and T.J. upright, setting her away as much as he could in the middle of the tables, stools, and people.

T.J. cleared her throat and smoothed her tight, short dress. Vaughn was caught speechless at the vision of his wholesome, lifelong best friend wearing something that looked like it belonged in a Los Angeles nightclub. The brilliant shade of blue contrasted with her black hair and golden skin, making her glow like some sort of goddess.

Fuck, she was beautiful.

More from the California Cowboys!

Cade’s Loss – on sale for just 99cents for a limited time!

Selena Laurence is an award-winning and USA TODAY bestselling author who loves Putting the Heat in Happily Ever After. Her super sexy stories take place everywhere from rock concerts to family ranches, and her books can be found around the world in four languages, at libraries, bookstores, online, and in audio.

Selena lives in the foothills of the Rocky Mountains where she can often be found at a local coffee shop, hiking the trails, or watching soccer. At home Mr L, her kids, "goldendoodle" and "demoncat" keep her busy trying to corral chaos. A veteran Indie author, Selena also coaches writers through her blog and workshops on turning #Passion2Profession.

Or subscribe to her newsletter and get FREE books: http://www.subscribepage.com/JoinSelena