Hearing and feeling Tobias’s heart beat beneath my cheek was the most wonderful feeling in the world. Despite my worry for him and for Stevie, I couldn’t help but feel happy as the boy I loved slept in my bed with his arm around me.

The morning sun woke him around nine in the morning. He groaned and then grew still, maybe realizing I was curled up against him. For a moment I tensed, fearing he was going to regret everything he’d said last night.

Instead he trailed his fingers down my arm. “You awake?” his voice rumbled above me.

I smiled, liking the tingles that bubbled and fizzed in certain parts of my body at the mere sound of his voice. “Yeah.”

“What?” I asked, sitting up as he reached across the bed to where his phone lay on the bedside table.

“Stevie and my mom.” He cursed again as he flicked the screen. “They’ve texted and called a bunch of times. I better call my mom back first before she calls the police or something.” He pressed the screen and held the phone to his ear. “Mom,” he said almost immediately. “I’m fine.” Tobias scowled. “I’m a big boy…no…no, I didn’t…I’m with Comet…” Streaks of color appeared high on his cheeks, surprising me. Tobias rarely got embarrassed. “No, we just fell asleep…yeah…I’m on my way.” He hung up and gave me an apologetic look. “I have to go.”

At his beleaguered tone, I placed a reassuring hand on his arm. “She’s your mum. It would be weird if she wasn’t worried you didn’t come home.”

“Yeah, whatever.” He shook his head and got off the bed, leaving me to frown at him.

Tobias seemed to be in a continually bad mood with his mother. I wish I had the guts to tell him to talk to her about why he was so mad, but I didn’t want to push too hard too soon on such a delicate subject.

“I’ll go appease her,” he said, slipping his trainers on. “Then come back?”

I opened my mouth to agree and then remembered my promise from the night before. “I’m going over to Vicki’s this morning.”

“Right. How about I meet you outside the Espy around three o’ clock?”

Relieved and delighted that he not only didn’t regret saying what he had last night but that he wanted to see me again so soon, I grinned and got off the bed. Tobias gave me that boyish smile of his and I reached for his hand, needing to touch him.

He squeezed mine, a solemnity entering his gaze. “I want to invite Stevie to meet us. I’m hoping that together we can talk him out of this bullshit. When it was just me I wasn’t getting anywhere, but he cares about you. Maybe he’ll listen.”

I nodded, loving him even more for wanting to help his cousin. “Definitely. If we let him know we’re here to help him through everything with his mum but that we can only do that if he walks away from Dean and the drugs…maybe he’ll see sense.”

Tobias hoped, too. I could see the turmoil in his eyes and I wanted desperately to be able to take it away.

It was as I was leading him from my bedroom to the front door that I heard the hallway floor creak behind us. I turned ever so slightly, catching sight of my dad in my peripheral. Ignoring him I hugged Tobias goodbye and waved him off down the garden path. I closed the door and turned to face my father. He stood frowning at me in his pajamas, a cup of coffee in one hand, a piece of toast in the other.

“Did that boy stay over?” he asked, sounding incredulous.

His tone suggested I’d done something wrong. I stiffened. “Yes.”

Dad took a step toward me, glowering now. “Don’t you think that’s something you should run past us first? You’re only sixteen, Comet.”

“Almost seventeen.” I bristled. How dare he suddenly play the parental card! Just when I was happy and didn’t need him, he wanted to stick his nose in where it was not wanted! A fire lit inside me and swept out of me before I could control it. “And let’s not play the concerned parent act, Kyle.” I strode toward my bedroom and shoved open the door. “You don’t get to decide which parts of my life you want to take an interest in. Having a kid? Kind of an all-or-nothing deal.” I stepped inside, gripping the door in my hand as I sneered at him. “You decided long ago it was nothing for you. No changing your mind now.” And with that I slammed the door in his shocked face. 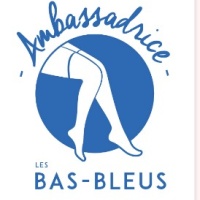