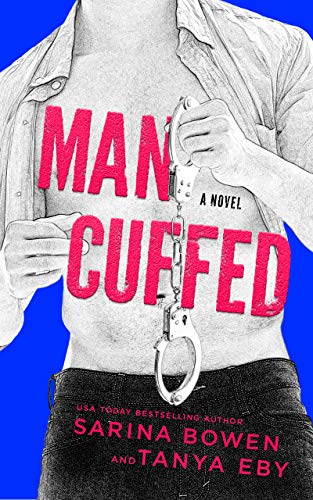 Mac
A good cop can always spot trouble. That’s why my senses started pinging the moment I met the hottie next door. The neighborhood may never be the same. First she confuses me for a male stripper and tries to remove my uniform. (The guys on the force will never let me live that down.) And then there’s the breaking and entering.
I don’t know what to do with her. My libido has a few ideas of its own, though. Bad, bad ideas.

Meg
Hey, I it’s not my fault that Hot Cop’s nightstick gets excited every time we see each other. And I can’t help that someone broke into his apartment.
Fine—that last thing was totally my fault. And I intend to make amends. So when he needs a date for his sister’s wedding, I’m there. This is right up my alley. I’m an actor. By the time it’s over, his entire family will believe we’re a couple.
Even him.

Warning: may cause unrestrained giggling in public. Contains: a bridezilla with a turkey leg, a flash mob, and a growly hero.

Before reviewing this title, I'd like to thank Sarina for allowing me to be in her ARC Team and providing me this ARC in exchange of an honest review.

My review : Man cuffed is part of the Man Hands book series but this 4th tome can be read as a standalone. I once again enjoyed this romantic comedy written by both amazing authors. The characters will make us smile, laugh and will also move us. The perfect cocktail for a good reading moment.

Meg is a young woman who would like her talent to be recognized and to live off her passion. Acting is what she prefers doing but it seems that her skin color is a brake on her career because she never gets any role. I liked this character because despite the repeated failures, she never gives up and she sticks to her dream. While waitressing in an Old Tavern between two auditions, she will confuse Mac with the strip teaser supposed to strip for a customer's hen night. The situation is therefore funy  and comedy is present from the beginning and destiny may be tricky because it seems that "Copper" is actually her neighbor. Instead of rejoicing herself, she will have to endure the very sonorous sessions in her neighbor's appartment by the girl who shares his bed. I also loved all the comic aspects related to the story, such as being handcuffed during the sexual intercourses, breaking and entering into his appartment or being taken in his car during a patrol. ..

Meg is our heroine who and she'll make us smile because she knows how to put herself in incongruous situations. She will also accept being her fake girlfriend at the hero's sister's wedding and she will play the role of her life. We just hope that she will keep a cool head because if the agreement is more than cordial between the two and chemistry is also present, we can't forget that it's a fake relationship. Mag being a sociable person, she'll easily be at ease around Mac's family and she can also rely on her roommate Cassidy to help, advise or support her in case of disillusion. We have a good time at her side and we hope that she will find both the happiness and fulfillment she deserves.

Macklin McGuire is our hero and he is absolutely charming. He has a good sense of humor, he loves his job and would like to get a new responsability that would allow him to be even more useful. Yet when it comes to women, the word relationship is a word he can't use. Nicole is his sex friend and he is happy with it but as soon as feelings could appear, he disappears from their lives. So we feel that there is a liability behind all this and we will quickly find out what it is. He doesn't want to go on this sinuous path because he has already been there and he never wants to suffer anymore. He has no strong bond with his family and will be forced to attend the wedding of his sister Rosie. We will also have explanations on this aspect because we don't always understand the reasons behind all this but one thing is sure: he has good reasons. We don't have many chapters written from his point of view, which puts us in the same position as Meg. Will he give up his rules to try tbeing happy again?

In short, our authors duet offers us a very nice romantic comedy, perfect to chill out while having a good time reading it. The plot will allow us to meet two characters who have faced failure but who will learn to move forward. Could love be an unexpected guest?